​Tottenham defender Kyle Walker-Peters, who is currently on loan at Southampton, has claimed that he would still be in north London if Mauricio Pochettino was still in charge.

Walker-Peters actually started Spurs' first three league games at right-back this season, but he was soon dropped from the squad completely.

José Mourinho was appointed to replace Pochettino in November, and the Portuguese opted to include the 22-year-old on his bench for his first two league games in charge. However, he was once again dropped from the squad, before starting his side's Champions League tussle with Bayern Munich. This proved to be the only appearance he made under Mourinho before being sent out on loan. Walker-Peters joined ​Southampton late on in the January transfer window on a temporary deal until the end of the season, but he only made one league appearance for the Saints before football was postponed due to the coronavirus pandemic.

The Englishman has now opened up on how he felt about being shipped out on loan, explaining that he believes he would still be at Spurs had Pochettino not been sacked. 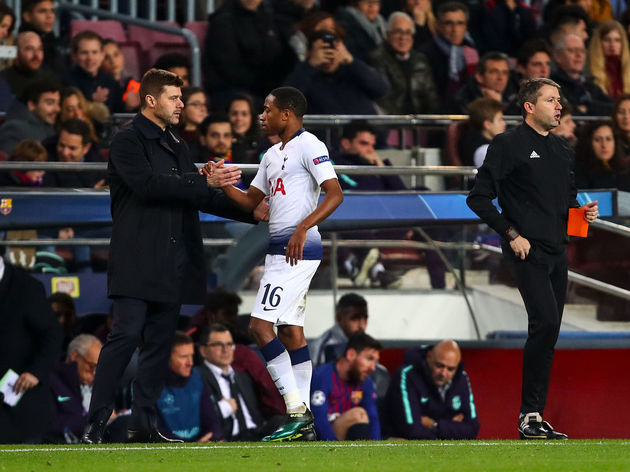 Walker-Peters went on to explain that he thought he would be given the chance to compete with Serge Aurier for the right-back slot under Mourinho, but this wasn't the case. Despite this, he appreciates that the former ​Manchester United boss had to make a decision, while he was also keen to reiterate that while he may not be at ​Tottenham at the moment, he is still learning and improving.

“Mourinho comes in and I get to play one game, but I don’t really get an opportunity like I thought I would, in terms of two or three games rotating with Serge Aurier, but the manager has to make decisions. That was his decision, so that’s fine.

“I’m just happy to be here - I get to play ​Premier League football with top players still, I get to learn a new style, meet new people and come into a different situation in the league, which is good for me.

“Ultimately, whatever happens it’s positive for me, because I can only learn and only improve.”