Tottenham forward Heung-min Son has opened up on his incredible solo goal against Burnley, saying he decided to 'put the boosters on' before racing through the entire Clarets side.

​Spurs were leading comfortably by the half-hour mark on Saturday, after Harry Kane and Lucas Moura had struck early. Though they'd eventually go on to win 5-0, the game will be best remembered for a breathtaking piece of individual brilliance from the South Korean.

Son took the ball away on the edge of his own penalty area, and with no obvious pass on, he raced past a congregation of ​Burnley players into space, before evading challenges by Jeff Hendrick and Erik Pieters, and leaving the entire stadium speechless as he went all the way to score. “I saw ​Dele running on the left, and many players from Burnley," Son said of the goal, via ​Spurs' website.

"I tried to pass first of all to Dele, he was open but the right-back followed him and it was impossible to pass to him, so I just thought ‘shall I go?’ and put my booster on.

“It was the right timing to put the booster on! After two or three seconds I was in front of goal, really surprised and especially when you score this kind of goal at home it makes me so proud. It feels amazing. 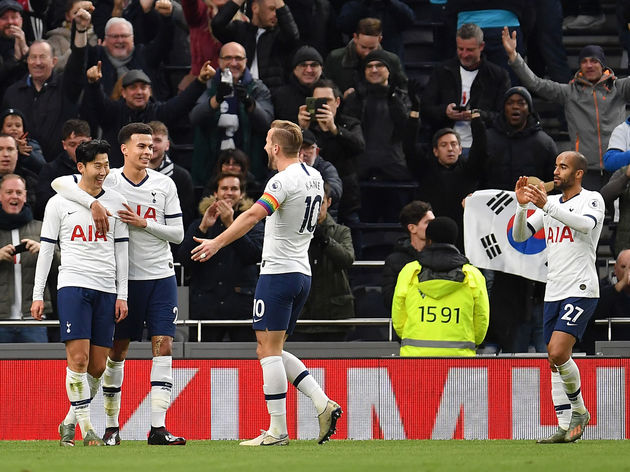 When asked if it was his favourite ever goal, however, he gave pause - recounting his deflected opener against Sheffield United in November as a contender for that title.

“For me it’s difficult (to say) but this kind of goal... every goal for me is special. My goal against Sheffield United, it was deflected, but that was special as well.

“These kinds of goals... I like to dribble, I like to score goals so this kind of goal, for me, is really special. I’m just grateful to have the opportunity to score this goal. It’s an amazing feeling and I’m grateful for everyone who supports me.”