​Napoli have held talks with Red Bull Salzburg over a proposed deal for both Erling Haaland and Dominik Szoboszlai.

The clubs are in the same Champions League pool this season, with the young pair starring in the Austrians' first two fixtures of Group E. 19-year-old Haaland hit a marvellous hat-trick in their 6-2 crushing of Genk on opening night - a match in which his teammate also netted - before grabbing the equaliser during a thrilling 4-3 defeat away to Liverpool. ​90min reported last month that scouts from 15 different ​Premier League teams ​were in attendance as Haaland struck a treble versus the Belgians, though the Norwegian has suitors from across the continent.

Partenopei sporting director Cristiano Giuntoli has made the double-signing a priority, ordering his team of scouts to continue studying the pair's performances.

Haaland has collected 18 goals in his first 11 club games this season, having broken into the Red Bull first team in the final months of 2018/19. 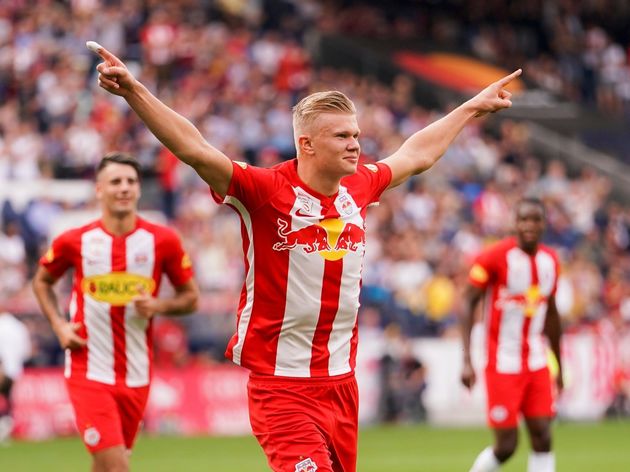 In May, the starlet scored nine times in one match as Norway demolished Honduras 12-0 at the FIFA Under-20 World Cup, winning the tournament Golden Boot despite his country being eliminated in the first round.

After posting those incredible statistics, Haaland was called up to his nation's senior side in September but he was unable to find the net in meetings with Malta and Sweden.

Szoboszlai has received less attention than his counterpart at the Red Bull Arena. Nevertheless, the playmaker's talents have caught the eye of ​Arsenal, who have been ​tracking him since the narrow loss at Anfield at the start of the month.