Mark Stone's future in Ottawa seemingly is coming to an end, but he's denying all reports of him wanting out.

Looks like we have yet another case of ​fake news this offseason. Stone came out to challenge the original report that he wants out of Ottawa. Fortunately for Sens fans, he seems to be more than content in his current situation, even if the Senators are in a downward spiral. 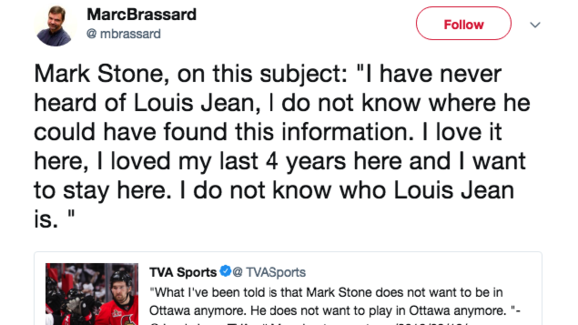 ​​Whoever this Louis Jean is, he clearly had faulty sources or just wants to spread fake news while the Senators are trending.

Even though Stone signed just a one-year contract this past offseason, he seems to love it in Ottawa and wants to stay a Senator for right now. This isn't the first time that we've gotten fake news on the Sens. A few months back, ​Craig Anderson reportedly asked for a trade but he quickly dismissed the rumors. 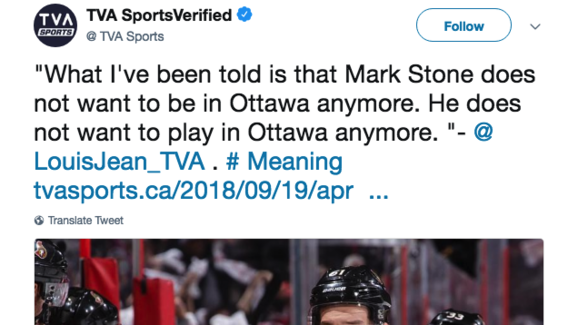 Whoever told Jean this should probably reevaluate their career choices.

No one would blame Stone for wanting out of Ottawa after they dealt Erik Karlsson away. That being said, why would he re-sign with them if he only wanted to leave? He could become a Trade Deadline rental or a coveted free agent next offseason, but for right now Stone will suit up with the Sens for the 2018-19 season.